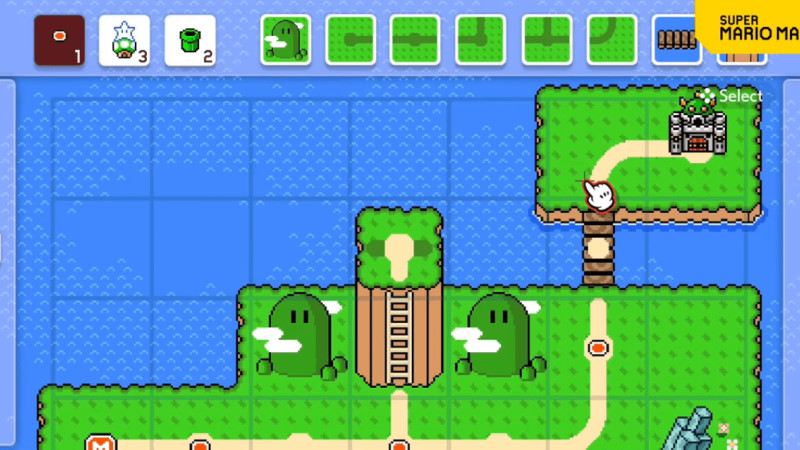 Recently, Nintendo announced the final major update that Super Mario Maker 2 would recieve. It contains many new blocks and powerups, the return of the Koopalings, and a world maker. The update is availible now.

Super Mario 3D World also gets a set of Box and Mask powerups. The Cannon Box lets you shoot cannons from your head, the Propeller Box allows you to fly in the sky with a propeller in your head, the POW Box lets you hit your head to activate the POW Block effect, killing enemies. The Goomba Mask lets you camoflague with your foes, and enemies will not attack you. The Bullet Bill Mask allows you to fly horizontally through the sky.

The Koopalings make a return as bosses to supplement the historical lack of bosses Super Mario Maker has had. The seven Koopalings added are Larry, Wendy, Morton, Lemmy, Roy, Iggy and Ludwig. Each of these has their own attack style and patterns.

New blocks have also been added. The Cursed Key sends a ghost to chase you after you pick it up. The On/Off Trampoline, which only bounces when activated, and three varieties of explosive Mechakoopas; a green one, a red one that shoots homing projectiles, and a blue one with a laser beam. Also not mentioned are the introduction of On/Off switches to the Super Mario 3D World style.

The expansive World Maker has also been added, which allows you to create an overworld layout and fill it with your levels. Each world can also have a variety of settings, from the familiar grasslands to the underground and even deserts. Up to to eight world can be combined into a Super World, which essentially allows users to create their own versions of entire games. These Super Worlds can be shared with the community and other players.

You can watch the full announcement video for this update below: