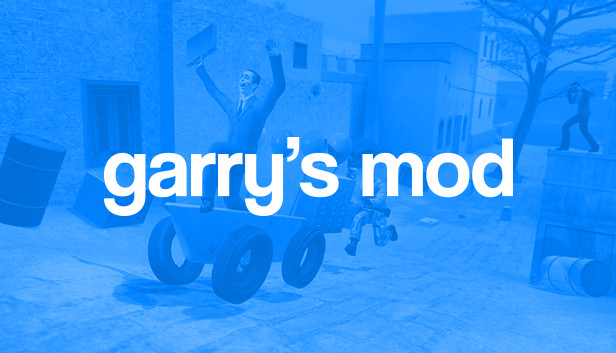 The January 2021 update for Garry's Mod was released today by developer Facepunch.

The first notable change listed in the blog post is the ability to "mount" Source-engine game G-String into Garry's Mod, allowing assets from that game to be loaded and modded.

Additionally the add-ons menu now lists the size of each mod, to help [players] decide what to install and what to avoid as mods may take a while to download on slower connections.

Further changes listed in the changelog include a confirmation menu for when a player is forcibly moved to a different server, an automatic dark mode for the server connection menu, unreachable servers being listed in a separate section of the server listing menu, and the ability to build weapon slots 7 through 0 in the options menu.

As expected, there are many bug fixes in this update. Interesting ones include Half-Life: Source scientists screaming non-stop after getting damaged, spray effects not working, muted gravity guns, and graphical glitches on Portal 2 maps.

The changelog also gives a warning for players who want to join Left 4 Dead maps, saying that some maps may crash the game upon being loaded. They mention that there is a workaround for this issue in the "dev" branch of the game but has not been fully tested.

The changelog for modders includes the ability to put escape sequences in property files and support for boolean values in .fgd files for the game's level editor Hammer, as well as many bug fixes.

API additions include many methods for controlling NPC squad activity and boolean methods for entity movement.

Garry's Mod updates occur every two to three months, so be on the lookout for further updates to the game in the coming months.