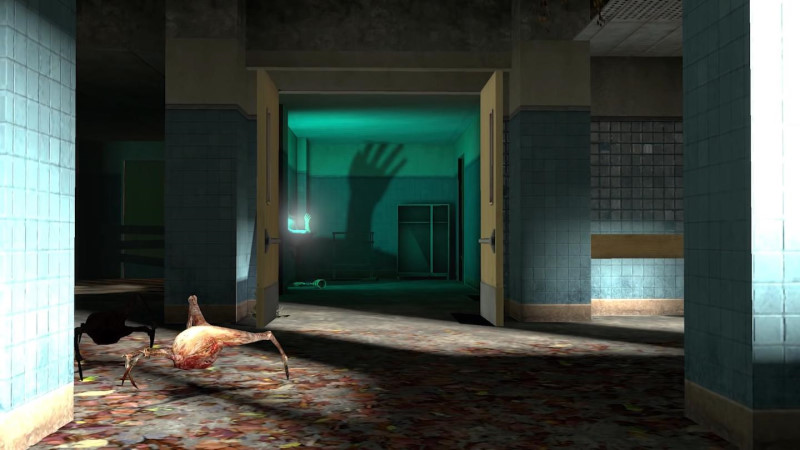 After over a decade since its cancellation, footage of Arkane Studios' official Half-Life 2 episode has surfaced in a documentary by Noclip.

Half-Life 2: Episode Four, known as "Return to Ravenholm", was to be a standalone spin-off of the original Half-Life storyline, exploring a new aspect of the series. The game was set sometime before the end of Half Life 2: Episode Two, in the overrun village of Ravenholm.

You may be wondering where the number three has gone. (It is Valve, after all.) The original trilogy of Half-Life 2 episodes were first-party titles developed by Valve, while a second trilogy were to be developed externally.

Arkane was not the first to develop an Return to Ravenholm, however – in late 2005, it was being developed by Junction Point Studios but was later passed on to Arkane.

Very little has been known about Return to Ravenholm over the past decade. In 2012, series writer Marc Laidlaw spoke of these cancelled titles in an interview with LambdaGeneration. Laidlaw stated that they worked with Arkane on development of Return to Ravenholm, but Valve decided that it didn't make sense to pursue it at the time.

In the years following, a few asset images were uncovered, showing some levels and the HUD.

This brings us to the Noclip documentary about the history of Arkane Studios released yesterday, which gives a huge insight into the development of the cancelled game.

Shown in the documentary are many level screenshots from the cancelled title, some with Father Gregori (the last inhabitant of the town) defending himself and the player from incoming headcrab-less zombies and light-sensitive mutant monkeys. Other levels show run-down, abandoned buildings, with electricity sparking across the floor and ceiling, with one of these buildings being a children's hospital. Found throughout the levels are intricate constructions built by Gregori.

Notable gameplay equipment in Episode Four includes the Magnet Gun, which allowed players to attract metal objects to themselves and then launch them away similar to the Gravity Gun found in Half-Life 2; the nail gun, which can shoot bolts into the environment to create power lines; and a plasma gun, used to fire energy blasts. Combat has also evolved in this title: the player can melee while holding a gun, wacking the enemy or object with it.

Arkane still has an early alpha version of the game, which features lots of placeholder assets and drafted levels, and gameplay of chapter "Unwelcome Company" was shown in the documentary.

In the chapter, the player wakes up in Gregori's base of operations, and sees a headcrab on a hospital bed and writing on a large chalkboard. Soon Gregori enters, and he milks some headcrabs and injects this juice into himself, which he claims makes him immune to their poison (in actuality, he starts becoming mutant himself). He then starts making food out of the headcrabs before zombies start to break into the room.

Watch the documentary below (the Return to Ravenholm part starts 33 minutes in):