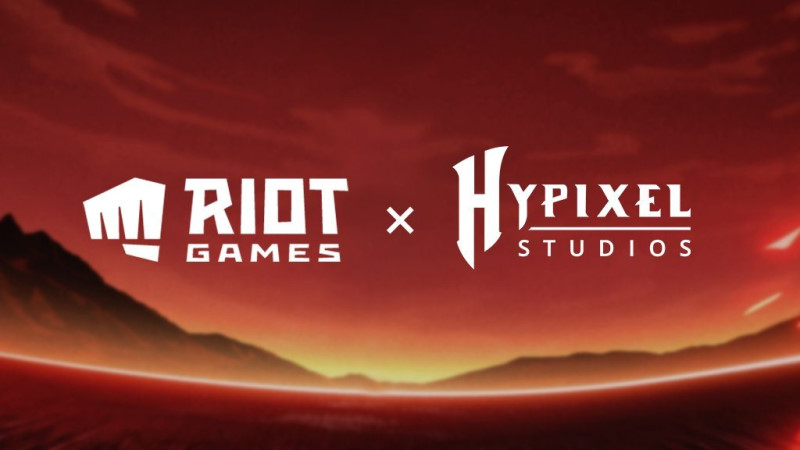 Riot Games was one of the main investors of Hypixel Studios when it was founded in 2018.

Riot Games' president Dylan Jadeja says that we aspire to support a passionate studio committed to delivering a groundbreaking, genre-defining experience for players.

Hypixel Studios founder Simon Collins-Laflamme says that This means a bigger budget for Hytale, more security for our team, and advisory support from a company that knows how to launch and operate successful, long-running games.

Aaron Donaghey, the COO of Hypixel Studios, will be replacing Collins-Laflamme as CEO, with Collins-Laflamme taking a step back [so to] be in a better position to advise the team whenever they need it.

This announcement has been a long time coming – Donaghey says that the reason the Hytale community did not receive as many progress updates about the game's development was because they were working out the logistics of what kind of future partnership worked best for the team.

Since this aquisition seems reminiscent of Microsoft's purchase of Mojang back in 2014, Donaghey reassures players that while we'll be expanding and improving our development pipeline, the core culture of Hypixel Studios won't change. Hypixel Studios will remain an independent studio, but with Riot Games as a parent company.

This aquisition will also help Hypixel Studios set up its first physical studio: the new headquarters of the company will be in (London-)Derry, Northern Ireland. To start, this HQ will contain support staff to help with the daily activities of the company and a quality assurance team to assist with the development of Hytale.

Now that the aquisition is done, Donaghey says we can [now] focus on the really important part: finishing the actual game! Be on the lookout for more Hytale blog posts at Hytale.com in the future.