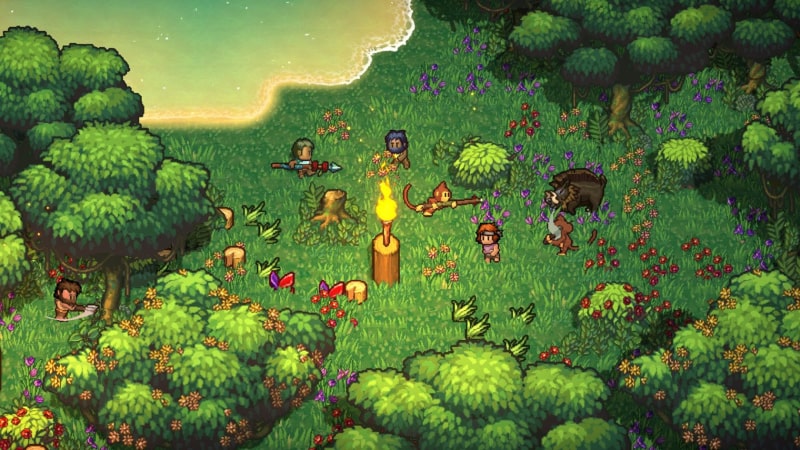 The Digital Rezzed event ended yesterday, and many interesting new indie games were announced – here are some that caught my eye.

Annual gaming conference EGX Rezzed was meant to have taken place this week, but due to coronavirus was replaced with a digital conference, with the real-world event postponed until early July.

First up, The Survivalists is an upcoming game from Team17, set in the same universe as The Escapists. In this game, you have to hunt animals as well as a set of mythical creatures. You can complete adventures and collect loot to trade with friends in order to survive. Monkeys inhabiting your island can be tamed and trained to perform tasks for you. The Survivalists will be available on Steam later this year.

Next up, In Other Waters is a game published by Fellow Traveller set in a large ocean on an alien world where you play as an AI trying to guide a xenobiologist through the watery depths to find her missing partner. The expansive oceans contain many alien creatures who inhabit strange environments. Observe your biologist's notes and discoveries as they explore this weird world. In Other Waters will be releasing on Steam on 3 April, which is just around the corner.

KeyWe is a co-operative puzzle game where two kiwis, who work at a post office for some reason, must use their bird parts to successfully deliver messages to their recipients. The game is set to release next year on Steam.

A weird pick is Kosmokrats, where you play as Soviet cosmonauts trying to spread the USSR's influence across the solar system using state-of-the-art 1960s technology. In this game you must use drones to assemble spacecraft in zero-gravity that are capable of traversing the solar system. Kosmokrats is available "soon" on Steam, so be sure to add it to your wishlist if you're interested.

The satire continues with Going Under published by Team17 where you explore the cursed ruins of failed tech startups. As an unpaid intern you must use office equipment to fight your way through the dungeons of your dystopian world. The game will be available sometime this year on Steam.

Next we have Cake Bash, a co-operative fighting game where you will bash your friends with sweet treats and other bakery foods. The game also features a set of minigames where you can roast marshmallows together or catch falling cakes. Cake Bash will be available this year on Steam.

Then we have Snowtopia, where you must build a ski resort on a mountain where you must adapt your tracks to the terrain in order to run a successful resort. The game has a Steam release date of "EA 2020", though I hate to break it to you that it won't be happening.

Additionally there is Mars Horizons, a game about building a space agency tasked with successfully sending a manned mission to Mars. The game will be available on Steam and will be entering beta on 27 April.

A Steam collection has been published containing all the games featured during Rezzed Digital, so be sure to keep an eye on these games!