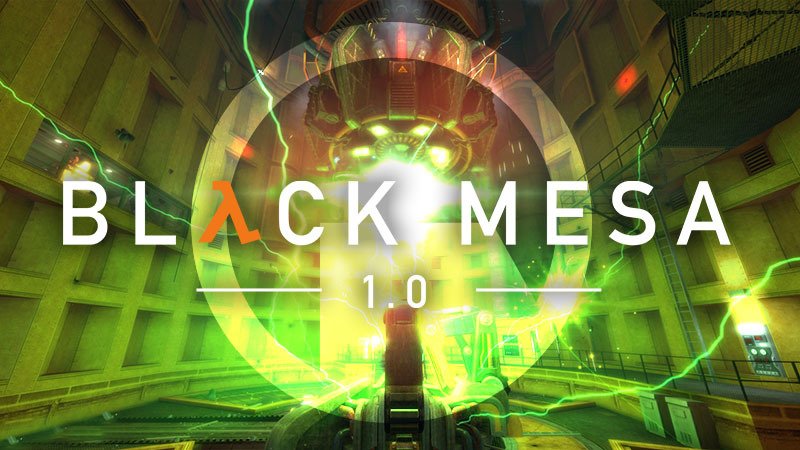 After over 15 years in the making, Black Mesa was finally released on Friday by developers Crowbar Collective.

Development of Black Mesa started in 2005 as a response to Valve's port of Half-Life into their Source engine, called Half-Life: Source, which was received negatively due to its lack of new features or improvements over the original game; Valve's remaster failed to fully use all of the features Source has to offer, and textures and models had been directly ported from the original game.

The game was originally meant to release all the way back in 2009, but the team decided to postpone this release date and focus on improving the quality of the game.

Black Mesa was first published as a free modification to Half-Life 2, Valve's sequel to the original game, on Valve's game distribution platform Steam in September 2012, one of the first games approved through Steam's new Greenlight programme in which users can vote on which games they would like to see published on the platform.

In its 2012 release, Black Mesa included most of the story content that could be found in the original game, with one notable exception – Xen – which many found to have been lackluster in the original Half-Life.

After completing and polishing all chapters apart from Xen, Black Mesa was released in early access on Steam in May 2015, with the Xen levels excluded, still being a work in progress.

The release of Xen faced many delays; the original December 2017 release window was pushed back to June 2019, when the first segments of Xen were published in beta releases of the game. By the end of 2019, all Xen levels had been added to the game.

The development of Xen took so long because the developers wanted to perfect the dimension, adding more story elements and improving level progression. Crowbar Collective stated that they wanted their recreation of Xen to feel like it really belongs with the rest of the game in terms of mechanics, cohesion and progression, while also wanting to push the boundaries and explore this unique and varied setting [and] build an experience that feels both fresh and familiar to players from all walks of Half-Life veterancy.

Black Mesa was finally fully released on 6 March 2020 – only a few weeks before the March 23 release of Valve's own return to the Half-Life universe, Half-Life: Alyx, which Crowbar Collective said was coincidental.

If you're interested in playing the full release of Black Mesa, you can buy the game on Steam right now for US$19.99 (NZ$23.99). The game itself is around 8 hours long, so get playing! If you already own the game, version 1.0 has a 1.1 GB update file, and changes from version 0.9 include a brand new UI theme, an overhaul of art assets, and improved NPC AI – read the patch notes here.

Check out the launch trailer below!