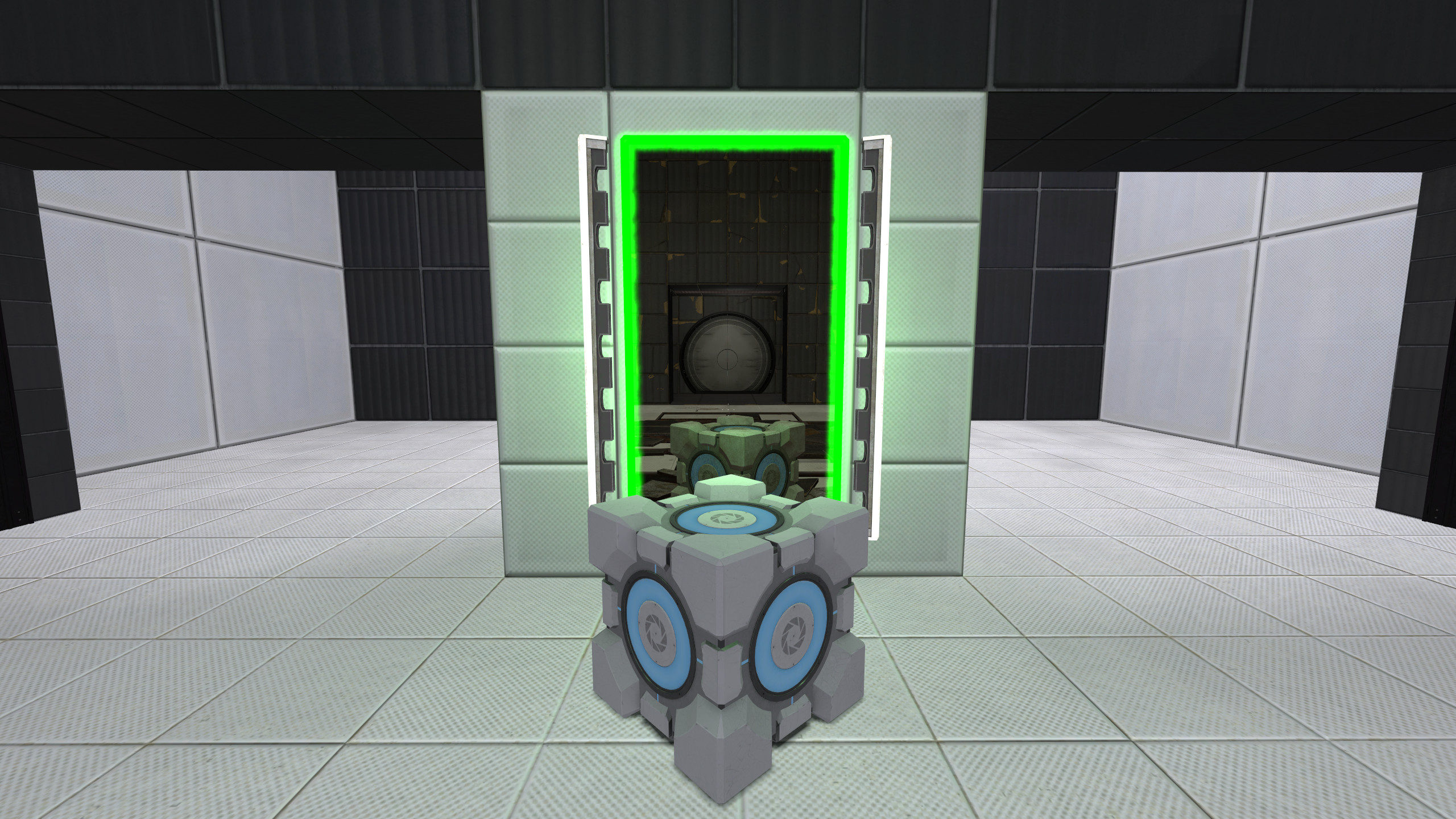 On the tenth anniversary of the released of Valve's Portal 2, German modder Jannis Brinkmann has released his twist on the Portal universe.

Portal Reloaded is a Portal 2 mod that introduces a new, green portal, used to travel forward or back in time.

The mod includes 25 new puzzles, all making use of the mechanic of jumping between timelines. The developer estimates that the game will take up to five hours to complete.

The puzzles start off easy, to smootly introduce the concept of time to new players, before ramping up the difficulty later on.

Portal Reloaded is targeted at Portal veterans, who are familiar with the concepts of the main game, says the FAQ, and the mod aims to push [Portal's] concepts to their limits and explore many new and interesting ways of puzzle solving.

Gameplay of the mod was first revealed in a teaser trailer last October, showcasing the time-travelling ability.

Portal Reloaded is now available for free on Steam for users who own Portal 2.