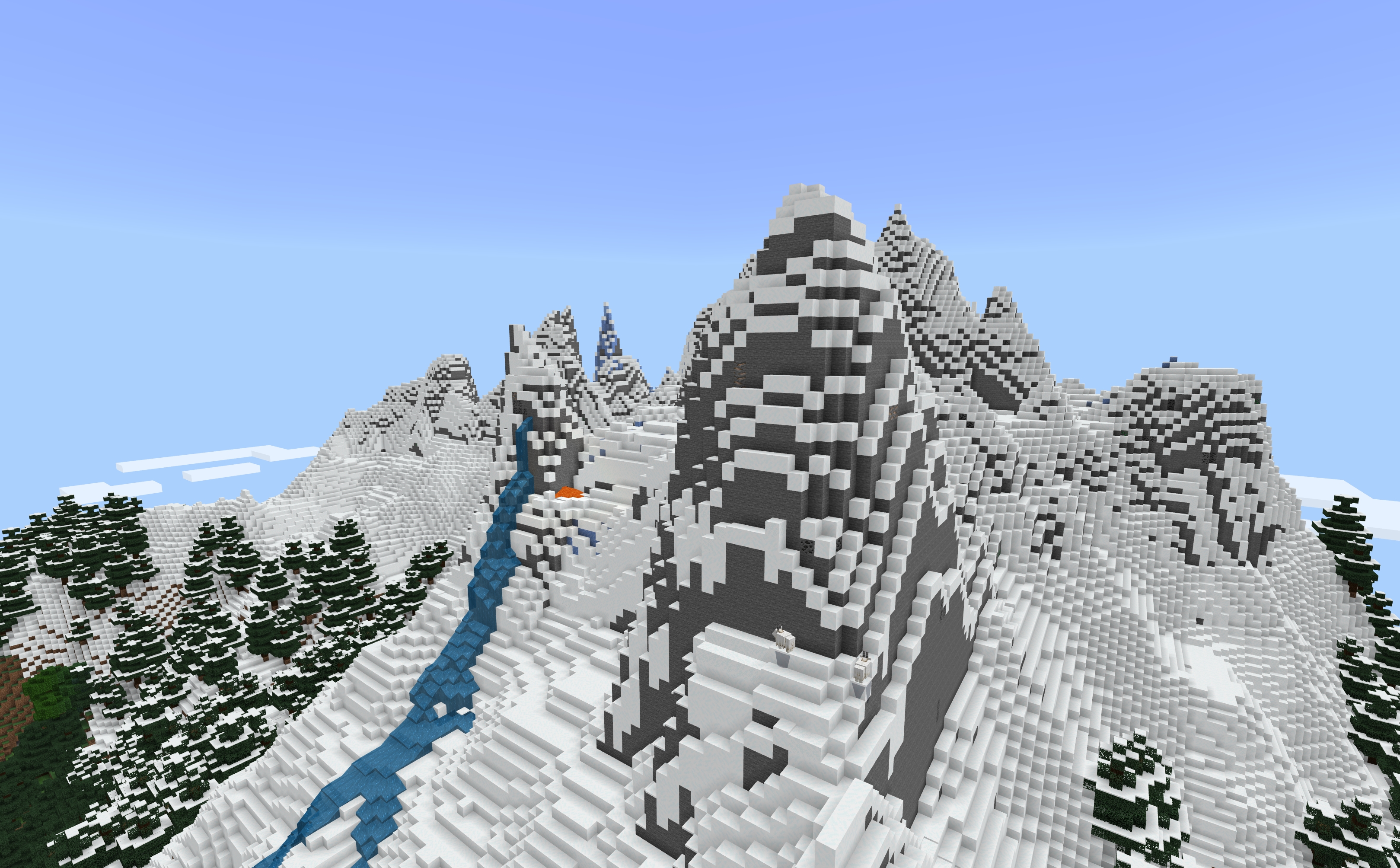 Features for the Caves & Cliffs update continue to be added to the Bedrock edition of Minecraft. This week, it is the cliffs part of the update name that has received an overhaul.

If you open the new version and enable the "Experimental Features" toggle, you might see some completely new world generation when you open the world.

The mountains of the world have been revamped and split into several new mountainous biomes. These biomes are the Lofty Peaks, Snow Capped Peaks, Snowy Slopes, Mountain Grove, and Mountain Meadow.

To account for the new generation, the world height has been raised 64 blocks to 320 to match Java Edition. The new mountains only generate up to the old world height limit if 256, however.

New mountain biomes means mobs that currently spawn in those biomes must be switched around. Goats now spawn in the Snowy Slopes while rabbits can be found in the Mountain Grove.

The glow squid, which was previously removed in a recent beta due to an issue where they crashed the game, have been re-added in all their glory, along with all their related glowing items.

As usual, the new beta comes with a plethora of bug fixes, including a whole changelog section dedicated to listing fixed issues with dripstone stalagnate blocks.

If you want to play with the new features, do note that beta builds can be unstable and are not representative of final version quality, and that it is not recommended to open an old world in this new beta as the new terrain generation will not meld cleanly with the old.