Minecraft Earth is Shutting Down 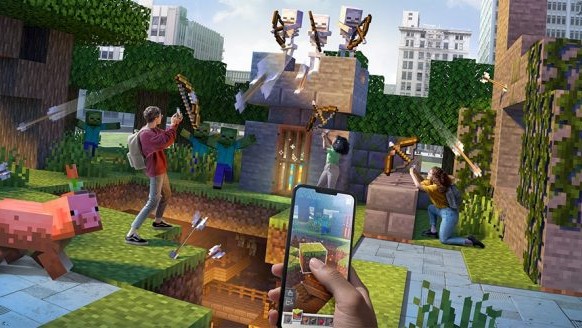 Mojang just announced today that their mobile AR game Minecraft Earth has just received its final update, and will be discontinued later this year.

In a post on Minecraft.net, Mojang state that because Minecraft Earth was designed around free movement and collaborative play, both of which are no longer possible due to the coronavirus pandemic, we have made the difficult decision to [...] end support for Minecraft Earth in June 2021.

Mojang continues by explaining exactly how this discontinuation will be done. All content and service support for the game will conclude on 30 June. This means that Mojang will stop all development, and after that date, you will be unable to download or play Minecraft Earth anymore.

To be clear, then: starting from July 2021, you will not be able to play Minecraft Earth at all, even if you keep the app installed on your phone. If you do try to, you will just get a server connection error, and the game will not load.

If you have previously spent real money on in-app purchases and do not own the base game, Mojang will give a free copy of the Bedrock edition of Minecraft to the Microsoft account you used to purchase the items.

Any rubies you purchased in Minecraft Earth will be transferred to Minecoins for Minecraft Bedrock edition, able to be spent on DLC from the Minecraft Marketplace.

Alongside this post, the final version of Minecraft Earth, 0.33.0, was released, dumping the remainder of the development team's unreleased content. This update adds many new mob variants and removes real costs from in-app purchases, preparing the game for its discontinuation.

Minecraft Earth is an alternate-reality (AR) mobile game where players explore the real world to collect blocks and go on adventures.

First released in closed beta in July 2019, the game entered early access in October and gradually rolled out worldwide over the rest of the year.

Since the worldwide release of Minecraft Earth, regular updates have been released every two weeks, adding new features each time.

One of the recurring new features added in each update are exclusive mob variants not present in the base Minecraft game, the most well-known of which is the moobloom. One of these exclusives, the glow squid, is set to be added to the base game soon, after being voted by players at last year's Minecraft Live event.

Download Minecraft Earth from the App or Play stores while you still can – you still have six months to play it.