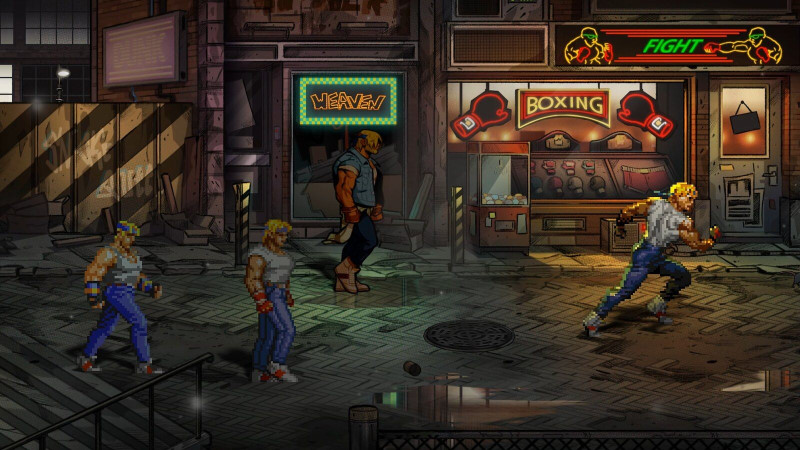 After 26 years, a new installment in the Streets of Rage series is coming very soon.

Streets of Rage 4 will be released for PC (on Steam), PlayStation 4, Xbox One, and Nintendo Switch on 30 April.

Like its predecessors, Streets of Rage is a pixelated beat-'em-up game (not that early '90s games could be anything other than pixelated) featuring characters from the original titles plus five new ones; 17 in total.

However, unlike the originals, Streets of Rage 4 is instead being developed by the trio of Dotemu, Lizardcube and Guard Crush Studios, instead of Sega.

The game's Battle Mode gives a legacy experience from Streets of Rage 2 and 3, and lets you select your favorite characters and test your skills against one to three friends across several memorable levels.

Executive producer Cyrille Imbert spoke in the PlayStation blog, and explained the porting of the original characters into the new title. During early development, they ripped some sprites from previous Streets of Rage games and integrated them into the Guard Crush engine. However, [a]s the development went along, we realized that these sprites actually looked really good visually.

This was by no means an easy task: they first had to take every frame of every character, giving around 1,500 total frames, and then had to reconstruct all the animations with the right timings from the original games. All of this had to be done by hand.

They then had to go through the process of going over all the characters and reproducing the properties of all their moves, one by one to adapt the gameplay into a modern engine. Again, the team had to go over every timing and every hitbox, frame by frame.

Dotemu released a gameplay trailer a couple of days ago, which gives a look into the game's Battle Mode; check it out below: