Sequel to Poly Bridge Releasing in May 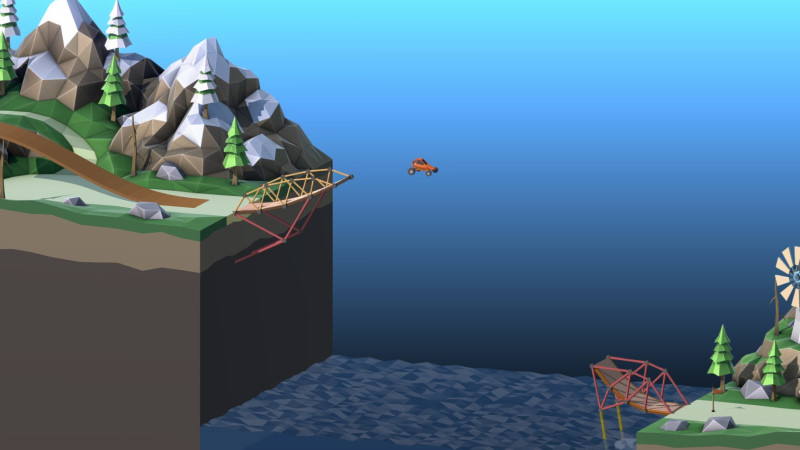 Yesterday Dry Cactus announced that their low-poly bridge-building simulator Poly Bridge will be getting a sequel.

This announcement came in the form of a Steam news post and tweet alongside a new Steam page for the game.

Like its predecessor, Poly Bridge 2 follows through with more bridge-building gameplay, but with [n]ew levels, new mechanics, and a custom deterministic physics engine.

Players will still have to construct a well-made bridge to let the vehicles such as cars and trucks pass over, but must be careful not to let the combined weight of the vehicles overcome the maximum load of the bridge – if the bridge holds up for a go-kart it won't necessarily work for a dump truck!

Like the original, other vehicles out of the players control such as submarines and boats may attempt to pass under your bridge, so don't build it too low!

In its appearance Poly Bridge 2 is very similar to the original Poly Bridge, continuing the low-poly art style, however on closer inspection the UI has been overhauled and the art assets changed, along with a set of new animations. See a comparison below:

Poly Bridge 2 is set to release in May, so be sure to add it to your wishlist on Steam!